2019 Quad City Majors League Rules
The following order will be used to enforce rules for the 2019 Season
1. House rules, this sheet
2. Gopher state baseball rules http://www.myas.org/media/3999/9-11-gsbl-rules-2019.pdf
3. NFHS
1. If game times are 5:00pm and 7:00 pm. Do not start a new inning after 6:40 pm. (Note that single games may
start at 6:00 do not need to follow time limit rules)
A. The 5:00 game will end promptly at 7:00 pm, regardless of inning or number of outs.
B. The score will revert to the last full inning played to determine the winner
C. The 7:00 game will be played to its full completion, unless darkness becomes an issue.
D. Coaches and umpires will determine the official game clock or watch prior to the game.
E. The home team will have choice of dugout for all games.
Exception: If there is only one game at a site, there will be no time limit. Keep in mind that some
leagues may have other divisions scheduled. Coaches and umpires should be informed of schedule prior
to the start of game.
2. Coaches must make a reasonable effort to make-up any games that need to be rescheduled. If a coach has
tried to reschedule the game twice with no results, they can email the commissioner to assist in the process. A
forfeit may be recorded if a coach does not make every possible effort to reschedule.
3. The home team for each regular season game will provide two umpires.
4. Four run limit per inning.
a. Fifth and sixth innings have no run limits.
b. Ten run rule after 5 innings.
5. Teams must have at least eight players from the beginning to the end of the game. If your team has a shortage
of players, opposing players may be used. These players may only play in the outfield and will only bat for their
team. An out will be recorded each time the 9th spot is reached.
6. Each team will bat the entire lineup. Players will have at least three innings in the field.
7. Each team will provide one game ball per game
8. Coaches are expected to act appropriately toward all players, coaches, and umpires. Complaints received
about a coach will be forward to that coach’s league Board of Directors for further action.
9. Pinch runners may be used only for the catcher or injury. This runner must be the last player in your line-up
to make an out. It is encouraged to use a pinch runner with two outs to help speed up game.
10. A player shall be removed from the game, and not return for a minimum of one day, if a medical
professional, umpire, coach, manager and/or parent determine a possible concussion has occurred to a player.
11. A pitch count log should be kept with each team’s scorebook for other teams to inspect if requested.
12. Base runners DO NOT HAVE TO SLIDE into home on close plays. The base runner MUST avoid
collisions by sliding, stopping, or moving around fielder. The base runner will be called out should he/she
collide with the fielder. Base runners may not slide headfirst into any base unless they are retreating back to a
base. 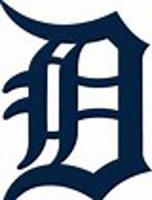 10/11 Majors teams playing out at Lake Park are comprised of players across the central and eastern side of Duluth.  These teams will play their league games at the Lake Park Baseball complex amongst the 6-team house league comprised of the Blue Jays, Cardinals, Phillies, Red Sox, Twins, and Yankees.

10/11 Majors teams are made up of players primarily from the western side of Duluth.  These teams will continue to play in the Quad Cities League comprised of teams from Proctor, Hermantown, Esko, Cloquet, Carlton, Barnum, and Moose Lake.  Western teams will be playing their home games out of Western's fields located behind Wade Stadium.