Touch Base With Your High School or Duluth 709 Baseball Soon! 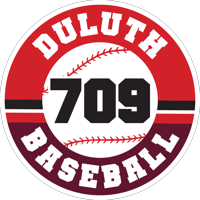 We would like to take a moment to provide some additional guidance as it relates to registration, evaluations and team rostering for our 14/15u players.

As mentioned at our Town Hall Meeting, COVID-19 is requiring us to change the way we organize this level and in doing so is bringing us closer together with the high school programs that our players will ultimately be a part of.  Here are some important points and key milestones to use as a guide to avoid frustration over the next month:

We encourage you to reach out to duluth709baseball@gmail.com or your respective HS Athletic Department at any time with questions or if you need clarification.  As the specific times of HS Tryouts become published we will share that information on our homepage and social media outlets to keep everyone informed.  We look forward to a great summer of baseball for all our families.

Duluth 709 Board of Directors