Art Von left high school before graduation to serve with the Army on a forged acknowledgement statement. He paratrooped into Normandy during WWII and received the Purple Heart. He then returned home to Minnesota to start his own private detective business. In 1954 he married Marion Hovland, a nurse, and moved to Fergus Falls where the first of three daughters, Susie, was born. In 1958, Art and Marion welcomed a second daughter in St. Paul and moved to Duluth where Art continued his private detective business and began firearm safety education in the region. In 1959, Art and Roy Rose started Little League Baseball in Duluth on a field on Woodland Avenue. That field is now the Como Park location for Eastern Little League. In 1963, Art and Marion had their youngest daughter, Laura. Art Von served Duluth Little League as a coach, umpire, administrator and finally State District Administrator of Little League Baseball up until his untimely death in 1994 to Non-Hodgkin’s Lymphoma and End Stage Renal Disease. He inspired the love of sports and taught hundreds of boys and girls in the community about teamwork and sportsmanship. 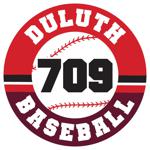 Please see the tabs below for the address and details/specifics for each location.

Click on a tab below for your division of interest.

Click on a tab below for your location of interest.

The tournament will be using the Back To The Diamond, Safety Guidance as its primary guidance for gameplay and attending fans. Please take a time to familiarize yourself with the expectations. We will have our Division Coordinators making it a point of emphasis with incoming teams.

Safe Play: Back to the Diamond

As is tradition with the Art Von Memorial Tournament, we have the 2020 Shirt/Sweatshirt available for purchase. As opposed to selling on-site, all apparel will be purchased through our Online Store. Here is the link: https://artvon2020.itemorder.com

Orders will be filled directly through our supplier, Screen Graphics, and shipped directly to the purchaser within 2 weeks of the event. The store is up now, and will be closed the Monday following the completion of the tournament this weekend.

Recycle your quality used sports and fitness equipment at Play It Again Sports in both Duluth (Map Link) and Superior (Map Link)locations. It’s a simple fact, kids outgrow sports equipment!  Families are continuously changing sports or trying some new activity. Much of this gear is still in great (sometimes new) condition and has lots of years left in it, which makes that messy garage, basement or closet a potential source of income. Bring your no longer needed or wanted quality used sports gear to Play It Again Sports. Sell or trade in your quality used sports gear today so your gear can play again with someone else.

Family owned and operated, the Caddy Shack is your community bar in the Lincoln Park Craft District!

Visit Duluth, the city's convention and visitor's bureau, is Duluth's only officially recognized destination marketing organization. Chartered in 1935, as a non-profit corporation, we represent over 400 businesses that make up Duluth's tourism industry. We are dedicated to promoting the area as one of America's great vacation and meeting destinations while providing comprehensive, unbiased information to all travelers.